Bahuan: From Brazil to Brisbane

It’s not every day that a dog follows its family to the other side of the world. But Bahuan was an extra special pooch that could not be left behind when his owners moved to Australia from Brazil.

A birthday present from Leonardo to his wife, it was love at first sight when two-month-old Bahuan first joined the Fraga Rangel family in 2009. As a puppy he destroyed their sofa, floor, telephone cable, and every single shoe accidentally left on the floor…but despite his love of chewing things he shouldn’t, this little dog changed their life and warmed their hearts. Every day when the Fraga Rangel family got home, Behuan was eagerly awaiting with the kindest doggy smile, excitedly wagging his tail. He was the first to welcome them when their daughter was born. Always at their side, through hard times and good, Behuan’s eyes transmitted love, as if to say “everything is going to be OK”. 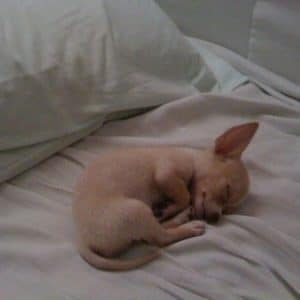 When the family moved to Australia, Behuan was forced to spend a long 45 days in the USA followed by 10 more days in Melbourne until he was able to be reunited with his family in Brisbane.

“We have been sharing our lives with him for ten years. We love him. He is our oldest son. And we are also lucky people because we have the opportunity to meet him, love him and be loved by him”. 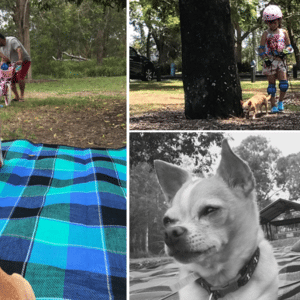 When Dr Gail met Bahuan, sadly this 10-year-old chihuahua was a very sick little pup, arriving with jaundice, loss of appetite, vomiting and swelling. Bahuan’s gallbladder had been removed a few days prior and he had been discharged. But suddenly over the next few days, his wound became necrotic, swollen and started leaking fluid so his family rushed him to our Underwood hospital. Despite his ordeal, this tough little guy remained relatively happy, eating chicken, and still lapping up cuddles. Shortly after though as his condition deteriorated, his demeanour became more irritated and it became harder to examine him. 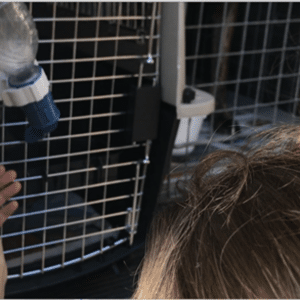 After many tests, wound breakdown was found to be the cause, which can happen after surgery, where part of the wound stitched together can rupture. After antibiotics, fluids, pain management and the best loving care from the team, Bahuan eventually pulled through and returned home to his very relieved family. 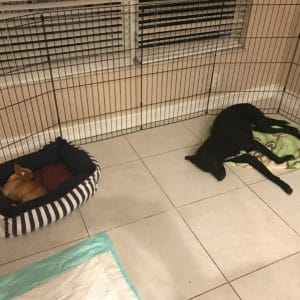