When play fights go too far. French bulldog Gizmo arrived with extensive dog attack wounds after a rough and tumble with the other two much larger household dogs went terribly wrong. The traumatised one-year-old pup arrived at our Underwood hospital one Sunday afternoon vomiting on arrival. By the time Gizmo was admitted to our Pet Intensive Care Unit team, he was oxygen dependent, raising concerns that he had potentially inhaled fluid or foreign objects into his lungs, known as aspiration. 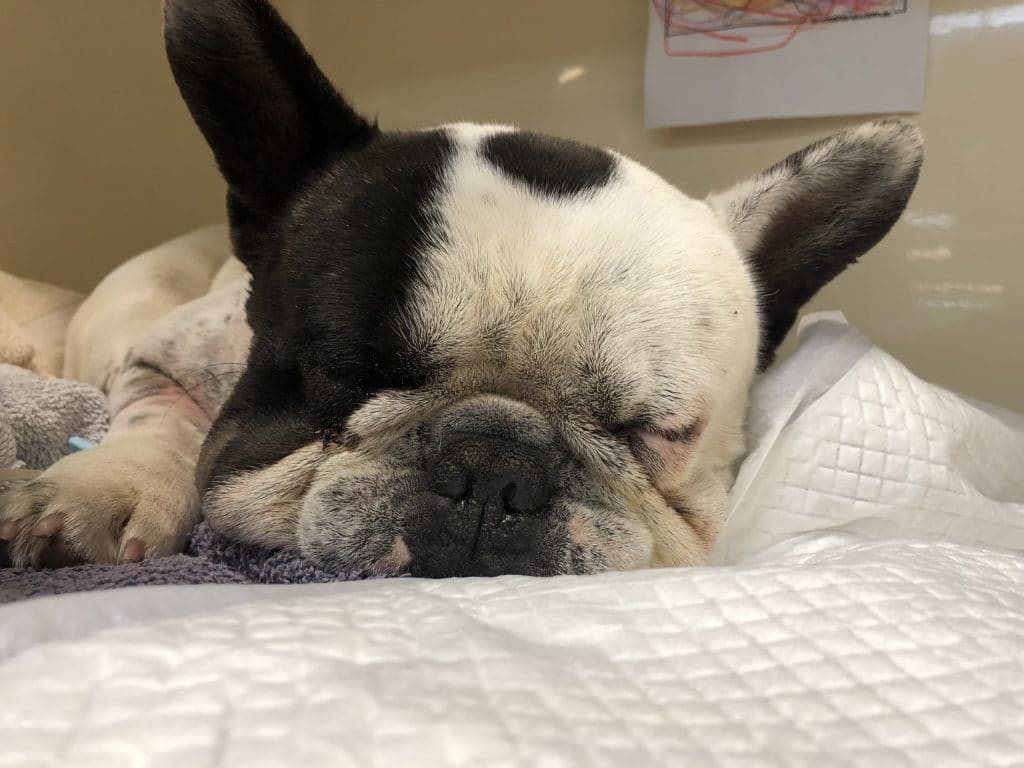 After a general anesthetic enabled the team to explore the extent of his wounds, Gizmo spent the next four days recovering in Pet ICU. His tiny body was still showing signs of shock – high heart rate, hypothermia, and low blood pressure, so fluid resuscitation through a consistently high rate of fluids was vital for his recovery. A urinary catheter was placed to monitor his urine output, also ensuring his kidneys were functioning well. As Gizmo posed a high risk for sepsis and infection, blood tests and wound cleans were continued throughout his stay, combined with antibiotics and pain relief.

Due to the high level of bacteria in canine mouths, it is crucial for all wounds to be flushed and thoroughly checked to ensure they don’t pose more danger. Known as ‘icebergs’ in the veterinary world, wounds can appear small but end up being much larger when taking a closer look beneath the surface.

In the following days of recovery, Gizmo managed to walk with some encouragement from the Pet ICU team, but the known fussy eater took a bit longer to gain interest in food. Slowly but surely his mental state and appetite improved. After four days in Pet ICU the team were happy with his progress, and Gizmo was transitioned over to oral medications and sent home for a food trial and further monitoring with his extremely relieved family.