‘Mac the Tack’ sounds more like a pro wrestler… but this eight month old french bulldog is sure one resilient fighter with an iron stomach!

The garden shed provided a very unfortunate entree to Mac’s dinner in the form of a blue thumbtack. By the time he reached the main course (actual dog food) at his owner’s mum’s house he was coughing severely, regurgitating white foamy material with blood. 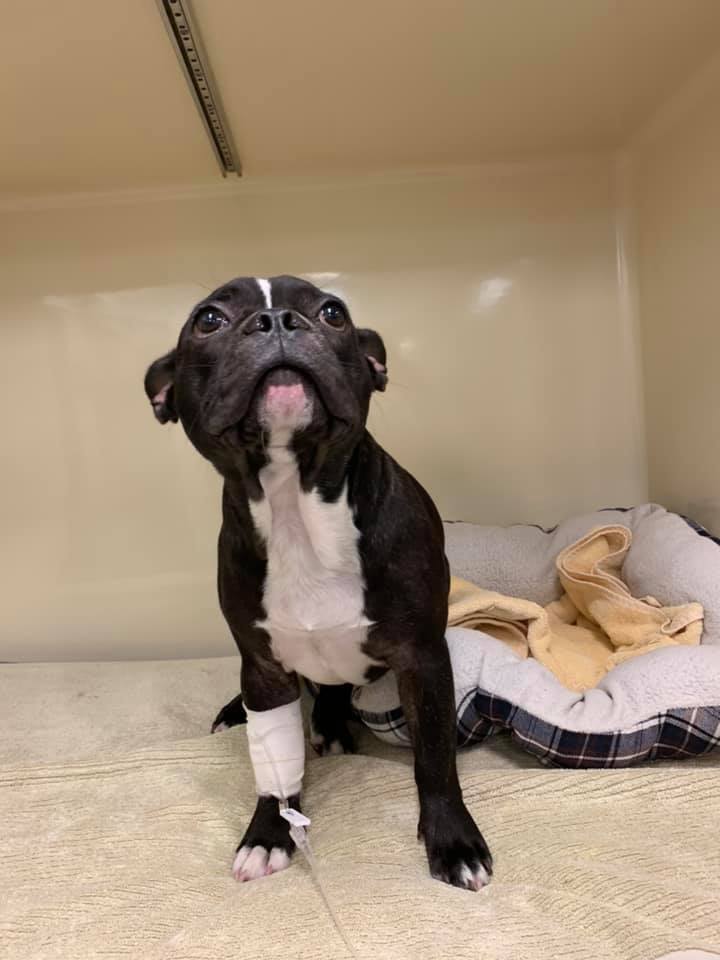 Luckily AES Carrara was just a short drive from owner Anya’s Merrimac home. Maybe for the best, as it turned out this inquisitive pup had a bit of a history of “Foreign Body” snacking… having chowed down on various interesting non-food items in his short life already.

AES Dr Courtney Reddrop discovered quickly that this uncomfortable snack was in fact lodged down Mac’s windpipe so was immediately concerned with the blockage to his airways, anaesthetising him within ten minutes of arrival. Chest x-rays revealed a slightly collapsed left lung with a metallic nail-like structure as the likely culprit. Mac remained alert and responsive however slightly agitated while being handled… (wouldn’t you be after this entree?!!)

Think Outside the Box

Sometimes in life, you need to get creative… 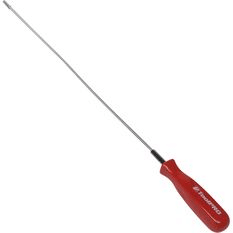 At only eight month old, Mac was much too small for the tack to be retrieved with an endoscope. So the vet team got creative in one of the most interesting cases AES has seen. Dr Tom Wright found a Supercheap Auto retrieval magnet which he cut down to fit the pup’s tiny oesophagus. This thin magnetic rod provided the perfectly sized tool to remove the tack from Mac. Life at Animal Emergency Service is certainly not boring!

Mac was treated with antibiotics, antacids, anti-nausea and anti-inflammatories. He awoke afterwards none the wiser – and with no further coughing. To be expected, there was inflammation and blood in the airways so he was kept overnight due to potential risk of pneumonia but happily discharged the following day.

Dogs continue to surprise us with what they will try to eat. Assume anything and everything! It is a good reminder to keep small items cleaned up and stored out of reach of nosy snouts, and to keep a close eye on them in areas where there might be loose pup-sized debris. If you believe your pet has swallowed a foreign object, please urgently seek medical attention from a veterinarian or Animal Emergency Service.