What would cause a normally calm and mild-tempered puppy to start yelping, screaming and crying out of the blue and cowering away from her family? Ruby’s unusual behaviour was later explained at our Carrara clinic when a sharp foreign object was found lodged deep inside her oral cavity. Although her owners had no idea where she could have found one, pins and needles were suspected as the possible culprit. Ouch! No wonder for all that screaming.

On Admission to us, the usually happy and excited two-month-old Cavoodle appeared to have pain around her throat. At first, Dr Lisa had trouble examining her mouth but with some nurse assistance, she was eventually able to spot a shiny, metal-like object to the back of Ruby’s mouth. Lucky for Ruby, radiographs showed no evidence of any foreign body in the stomach or chest. 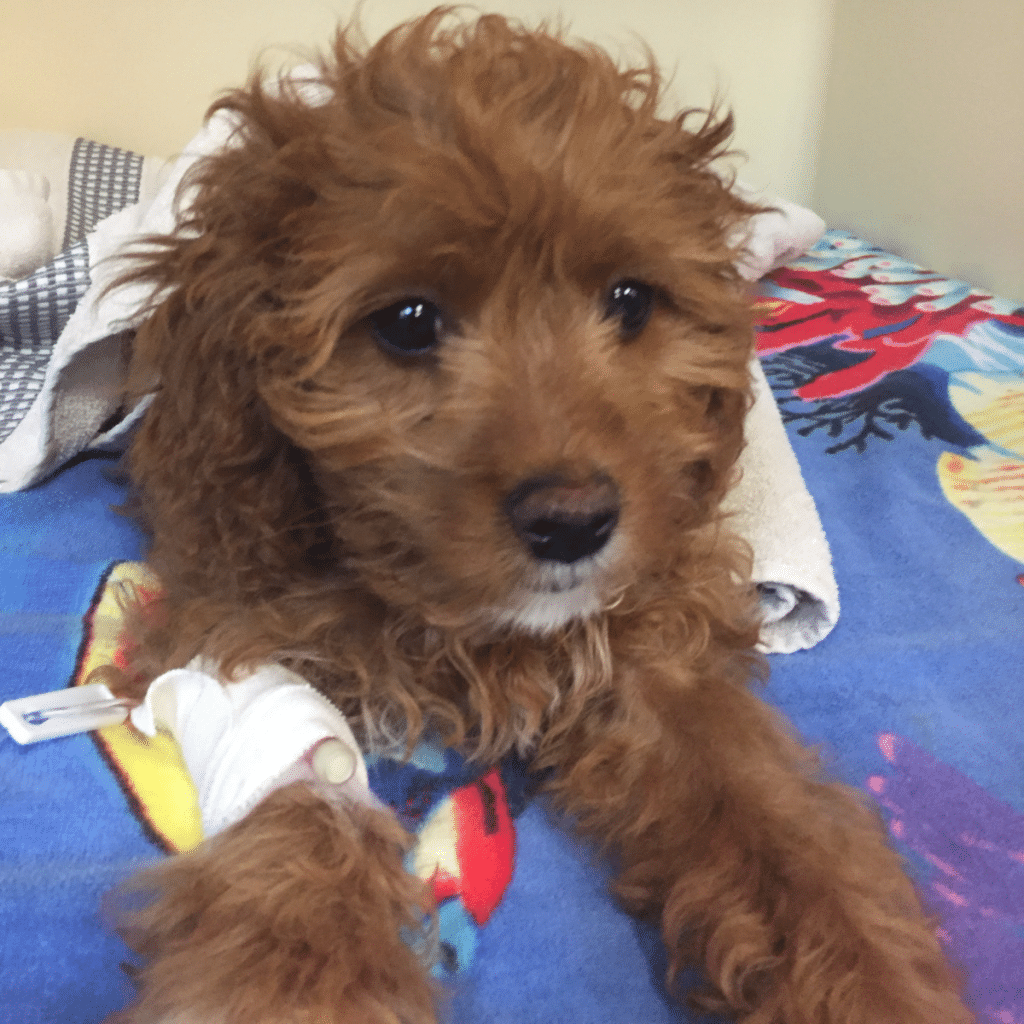 Despite sedation and pain relief, the team were unable to remove the embedded needle as it was lodged so far back into the mouth. Once a full anaesthetic was underway, the sewing needle (and white thread still attached!) was delicately removed from the oesophagus with no further trauma.

Ruby recovered well, regained her appetite (for real food) and returned home the following morning. Ruby has since decided against sewing as a hobby.