Furry, scaly or feathery… we treat all types of friends here at the Animal Emergency Service. And it’s not just dogs that bite off more than they can chew. O’Reilly’s Rainforest Retreat has a regal resident of the feathery kind… a 20 year old “Wedgie” by the name of Des.

Fun fact: Wedge-tailed eagles are Australia’s largest raptors and this magnificent bird of prey has a wingspan reaching up to a whopping 2.5 metres! 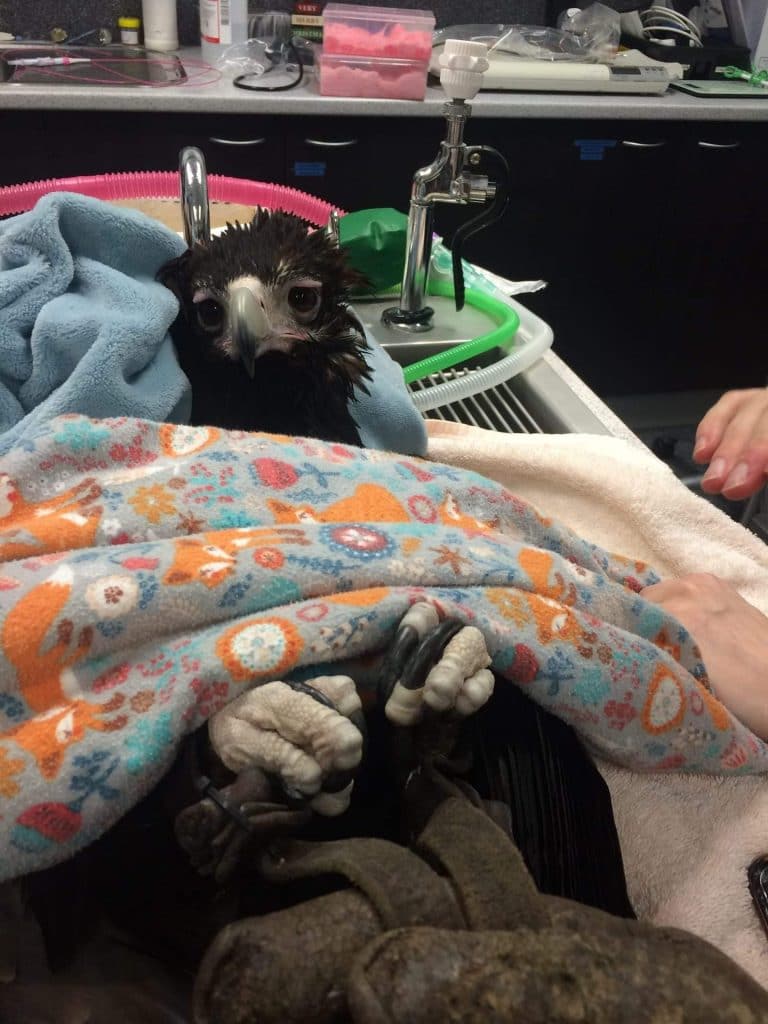 Des the Eagle Has Landed

A concerned Mark brought Des into AES Carrara back in March after he ate a little too much roughage of the wrong kind… Ten days prior, Des had gobbled up two Jesses, the leather straps that tether an eagle to the handler’s glove. This was not an isolated incident however on previous times Des had managed to bring it back up himself a few days later. This time however, Mark grew worried as the week progressed with little evidence of this. The hungry wedgie was still managing to eat, but had lost a bit of weight already. 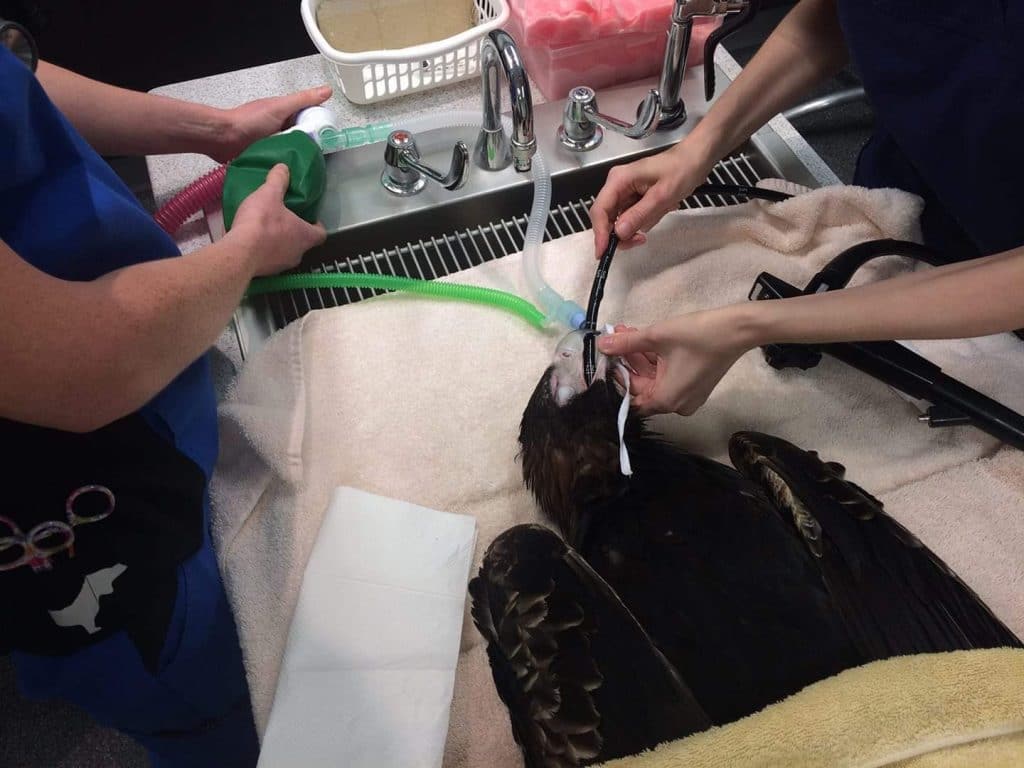 Wedge-tailed eagles are exceptional hunters. They usually eat small mammals such as rabbits, feral cats, wallabies, possums, foxes (even the odd lamb) and reptiles like snakes and lizards. Why Des wanted to devour not one but two solid leather straps instead is anyone’s guess!

Dr Anya Jackson found Des to be relatively alert and aware, and not at all ‘fluffed up’ in appearance which can often indicate illness. Instead Des appeared normal, perching well on Mark’s glove. 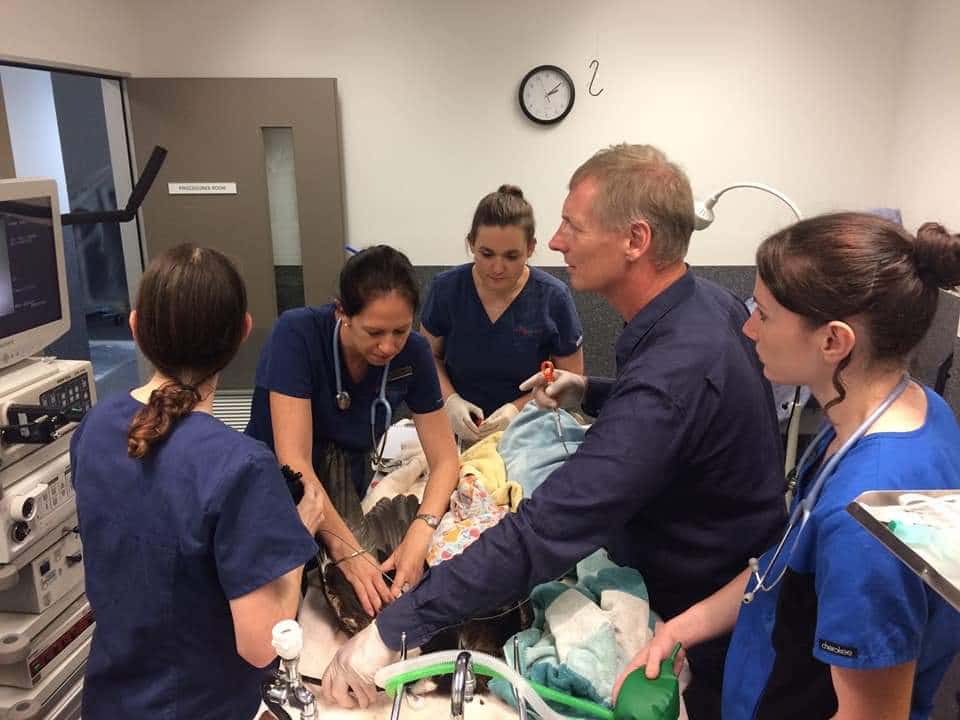 X-rays showed only one leather Jess sitting in the tail end of the crop region. Dr Anya managed to remove it using an endoscope. As the sphincter is extremely muscular, this was a tricky process, taking quite some time to manipulate the rather large Jess through it. 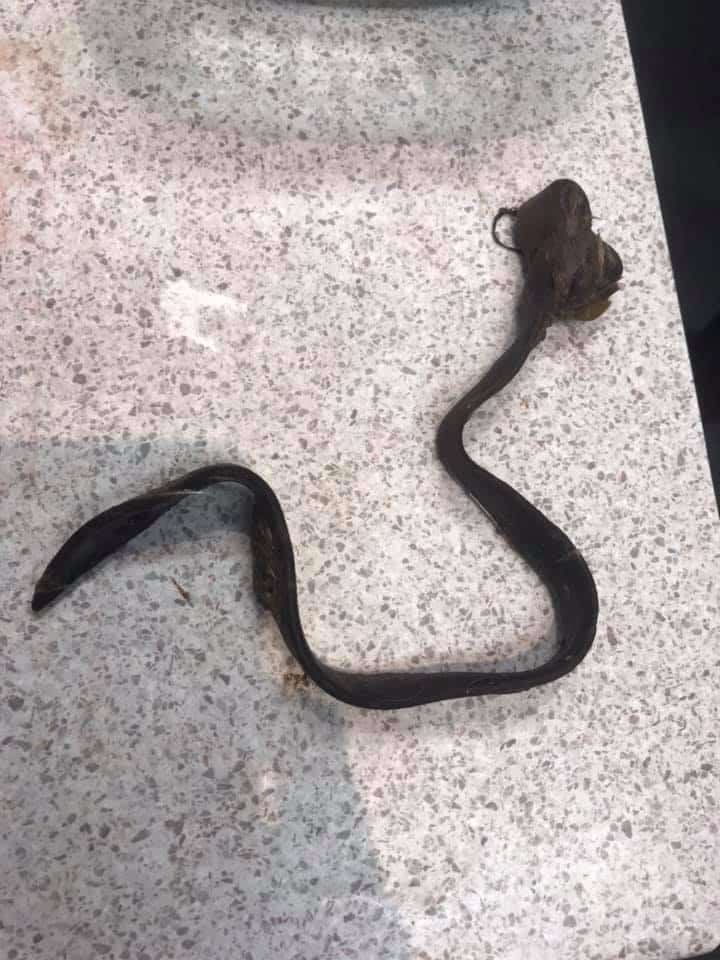 Unfortunately the other Jess was nowhere to be found. Due to the increasing risks involved with prolonging anaesthetic, it was decided to wake Des up and see if he could bring it up on his own, as he’d done so before. Des recovered extremely well and happily fluttered back to Lamington National Park.